Home remedies are common to many a household, whether its a quick fix for the common flue or a remedy for a pounding headache. Our older folks always had the knowledge of what would quickly make us all better, without us even having to visit the doctor. One such home remedy passed down from generations is what our grandparents called “Cooling” or Coolin.

Coolin is a drink made from burnt stale bread and water.

How is it made?

Bread was deliberately left to become quite stale and very hard. Usually, “hops” bread (round bread) was used. However, any stale bread works just as well. Sometimes it would take weeks for the bread to become old, after which it would then be burnt to a crisp on the fire.

At this stage, the burnt bread would be placed into an empty jug and boiling hot water thrown on it. Usually, it would be left overnight and strained when it becomes cool and then placed into the refrigerator as it is best stored there. 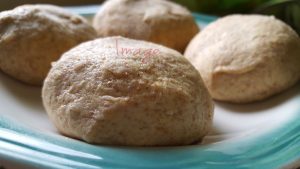 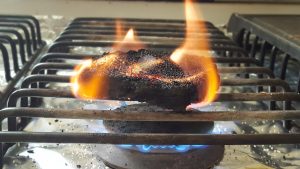 Stale Bread Being Burnt On The Fire 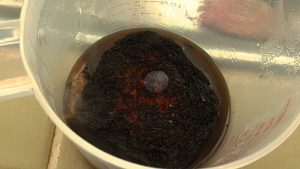 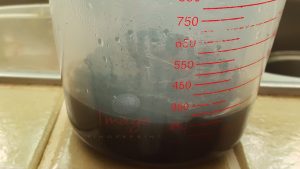 The Burnt Bread With Hot Water Poured Onto It

Here is a video which shows how it’s done. Just click below.

How does it work?

When consumed it travels through the body and blood, acting as a purifying agent and was especially taken after periods of festive eating. Occasions such as Christmas and school vacations were recognized as periods when there would be a deviation from normal eating patterns and sweets and meat would be consumed in quantities outside of the norm. Cooling did not replace water, however, two or three glasses were drunk each day in addition to water.

After a couple days of drinking the cooling, you would see pimples or other kinds of breakout appearing on your skin and you would often be told: “that your blood was dirty”. A purge was then deemed necessary and would be given, however, especially in the case of children this would be done so to much silent protests.

While this recipe has been tried and tested we do not recommend you try it without consulting your doctor.

I grew up seeing my mother on the sewing machine a lot. Our house was always filled with fabric and I was bitten by the sewing bug at an early age. Today, in addition to Photography, I also make accessories and children’s clothing, under the Your Wardrobe Label.

Previous: Our Product Give-Away Is Back
Next: Good eyesight is part of a healthy you

I grew up seeing my mother on the sewing machine a lot. Our house was always filled with fabric and I was bitten by the sewing bug at an early age. Today, in addition to Photography, I also make accessories and children’s clothing, under the Your Wardrobe Label.